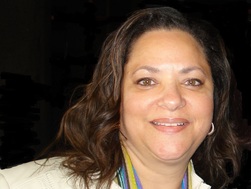 Welcome Letter from the Founder and Chair

I am honored and delighted to serve as Chair of the CCBC, where members in our community have a forum to discuss policy issues impacting the African American community in Nevada, engage in the political process and work together to be a voice for change. Thousands of Nevadans joined together to change America in 2008 by electing Barack Obama President of the United States of America. Friendships were formed and dreams were shared in hopes of a better future for all Americans and in particular Nevada.

In February 2007, when I had the privilege of meeting U.S. Senator Barack H. Obama, I had no idea my life would change forever.  Senator Obama had the audacity to hope for a different kind of government.  One where the American people had greater participation and transparency.  It was this campaign journey, and the friends I met along the way, that gave me my voice and it is my hope that the CCBC will inspire you as it has me.

We have seen what a government looks like that engages their citizens.  As the presidential nominee for the DNC, Barack Obama invited grassroots participation in determining the final 2008 National Platform and asked us for submission of planks we thought should be included in the Democratic Platform.  The CCBC was successful in getting many of our planks included and was proud to be acknowledged in the official 2008 DNC Platform program book as a grassroots contributor to the National Platform. The CCBC has not looked back but continues to move forward in advocating for public policy that supports equality, justice, and access to opportunities for all Americans.

Today, our voice for change on policy that unfairly impacts people of color and those disenfranchised, continues to bear fruit in our local and state government.  Our major focus is engaging the African American electorate, getting candidates elected that are supportive of our issues and actively work with our elected/appointed representatives to include our agenda in their policy discussions and decisions.   Every two years our members determine the CCBC Platform and renew our commitment to organize and strategize on political action that benefits those so often under represented in the political process, and we invite you to join us.

We need new and innovative solutions to the social problems our communities face in Nevada.  We need a fresh perspective, strong leaders willing to lead based on our values, and people like you and me with the audacity to speak our truth to power, and respectfully push to have our needs met.  I believe that together, with understanding and a commitment to each other, we will all benefit from a resilient Nevada economy, quality education, and a renewed environment of justice and equality where our families thrive.

I believe that we each have the opportunity to either sit on the side lines complaining or get in the game and actively move the ball down the field towards the goal line.  I hope that you find our “virtual” world informative and empowering, and that we inspire you to become actively involved in your community.  If so, please consider joining our Caucus for change.  We must ask ourselves if we're willing to actively participate and give of ourselves, and if time prevents you from doing so,  we always need good "cheerleaders" on the sidelines to give financial support and rally us all on to victory.  Together we can do this.  YES WE CAN!

As a result of the tremendous surge in volunteers during the 2008 presidential election, our Chair, Yvette Williams recognized a need and began to reach out in the community to organize a Caucus focusing on the African American electorate. With the help of several dedicated Obama for America volunteers and activists, approximately 100 people met in March 2008 at Nevada Partners and formed the Clark County Black Caucus. It was decided by our charter members to seek a charter with the Clark County Democratic Party and on May 10, 2008 with sixty one  members the Clark County Democratic Black Caucus was chartered. However, on October 21, 2013 members voted to surrender their charter and become a NON-Partisan organization.  Over the years it became more apparent that to more effectively serve their community we needed to engage policy makers across the aisles.  After all, our issues seem to remain the same regardless of who is sitting in power.

That same spirit lives on today in the Caucus focused on political empowerment and social justice.  Action committees actually push our agenda through their respective committees, and empower the general membership to take action through political activism and non-paid lobbyist efforts in Carson City. Therefore, the role of our Committee Chairs and their committee members are at the core of our mutual success. Each member is asked to join at least one “issue driven” committee. Many of our members join more. The CCBC continues to grow, and current membership exceeds 400 members with over 3100 people signed up to receive our email communications. Many of our members participate on governmental advisory committees and  leadership roles within Party politics, attend leadership training, work in the public sector, and pursue political careers in the community.  Our members have volunteered for many  campaigns, hosted several widely successful community forums and outreach programs, and actively participate in the Nevada Legislative session, often working with legislators to draft bills. The CCBC currently engages our local government and public agencies by mobilizing our base to take action on issues affecting our community, and continues to organize, and mobilize highly successful African American GOTV strategies.  There is always work to be done and room to grow, and the need to find good public servants willing to run for office.  We look forward to more accomplishments along the way to our 10th anniversary.

Congratulations President Obama on your second term. A special thank you to the thousands of OFA volunteers and staff for a job well done in mobilizing Nevada.  How3ever, a big THANK YOU to the hundreds of CCBC volunteers for stepping up once again with voter registration, phone banks, knocking on doors, hosting house parties and events, housing staff, etc., etc., etc.  Our efforts also directly assisted over 527 ex-felons in restoring their voting rights, and during our 5-day high school voter registration drive we registered over 400 first time voters.